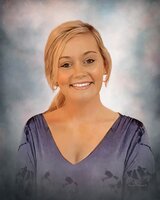 Kari Lynne Oliver, 26, daughter of Derrick Oliver (Stacy) and Robin Tanner (Cale), passed away Sunday, October 23, 2022. Kari was born on October 14, 1996, in Georgetown. She was a 2015 graduate of Georgetown High School and attended Horry-Georgetown Technical College. Kari was a member of Herbert Memorial United Methodist Church but most recently attended Georgetown First Assembly of God. She loved music, especially the praise and worship band. Kari had a smile that would light up a room. She loved spending time with her family, especially her boys. Other hobbies include shopping, going to the beach, being on the river, and shrimping with her boyfriend, Tyler. Survivors include her father of Andrews and mother of Georgetown; two children, TJ and Reid both of Georgetown; two sisters, Whitney Causey (Kenneth) of Georgetown and Shelby Newton (Jamie) of Andrews; maternal grandparents, Thomas and Beth Duke of Georgetown; two nephews, Renn Newton of Andrews and Hux Causey of Georgetown; three nieces, Pynner Causey of Georgetown, Bexley Newton of Andrews and Perri Newton of Andrews; three aunts, Donna Gray (Robert) of Georgetown, Susan Rooney (Jim) of Aynor, and Beth Oliver of Mt. Pleasant; three uncles, Tommy Duke of Aynor, David Oliver (Rhonda) of GA, and Chap Oliver of Moncks Corner; and five special cousins, Brooke Gray of Murrells Inlet, Candace Gray of Georgetown, Jason Duke of Aynor, Joshua Duke of Aynor, and Gage Rooney of Aynor. She was preceded in death by her maternal great grandparents, Richard Hearl and Virginia Hearl; and paternal grandparents, Robert “Bob” Oliver and Betty Stalvey Oliver. Services will be private. In lieu of flowers, memorials may be made to a memorial fund that has been set up at South State Bank, for TJ and Reid. One wishing to donate can visit any South State Bank and reference Kari Oliver. Online condolences may be left at www.ridgewayfh.com Ridgeway Funeral Home of Georgetown is in charge of the arrangements. (843) 485-4242