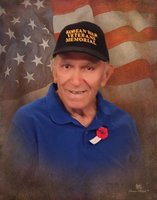 John Lawrence Altman, 91, widower of Carol Harbin Altman, passed away Saturday, September 5, 2020 at Tidelands Waccamaw Community Hospital. Born on November 6, 1928, in Georgetown County, he was a son of the late John Gordon Altman and the late Annie Carraway Altman. Mr. Altman, an US Army veteran (July 5, 1950 – October 6, 1954) having served in the Korean Conflict, was held as a Prisoner of War after he was captured during the Korean Conflict on February 12, 1951 and was held until he was returned to US Military after being starved for 52 days. He was a recipient of the Prisoner of War Medal. Mr. Altman was a former Georgetown County Deputy Sheriff and was retired from American Cyanamid in Ama, LA. As an avid fisherman, Mr. Altman was one that could navigate Georgetown County waters and the marshes. He enjoyed hunting, fishing and wine, but most of all he enjoyed sitting around with family and friends telling stories about all of his adventures throughout his life. Survivors include one sister, Lorena A. “Tootsie” Watkins of Pawleys Island; and numerous nieces, nephews and special friends. He was preceded in death by a son, David Altman; two sisters, Josephine A. Heath and Edline A. Hucks; seven brothers, Albert Altman, Reggie Altman, Claude Altman, Mackie Altman, Sr., Theodore Altman, Harry Altman and Tommy Altman. A graveside service will be held at 11 AM, Friday, September 11, 2020 at All Saints Episcopal Church Cemetery with Rev. Kenny Johnson officiating. In lieu of flowers, memorials may be made to St. Jude Children's Research Hospital, 501 St. Jude Place, Memphis, TN 38105 Online condolences may be left at www.ridgewayfh.com Ridgeway Funeral Home of Georgetown is in charge of the arrangements. (843) 485-4242