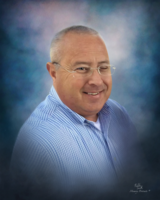 Gary Scott Beckham, 52, husband of Janice Moody Beckham, passed away Sunday, June 7, 2020 at his home. Born on August 13, 1967, in Lancaster, he was a son of Deborah Jean Thompson Beckham and the late Harvey Edgar Beckham. Mr. Beckham was a member of Mt. Tabor Baptist Church and enjoyed spending time in the gym and had a great love for football, whether he was coaching, playing or watching the GAMECOCKS. He was a big supporter of law enforcement and was known for making people laugh. Mr. Beckham lived life to the fullest, knowing that we are never promised tomorrow. Survivors include his wife of Georgetown; mother of Lancaster; two sons, Zack Beckham of Lancaster and Julius Catoe of Heath Springs; three grandchildren; one brother, Billy Beckham (Karen) of Lancaster; and one nephew, Preston Broome of Lancaster. He was preceded in death by a sister, Brandy Beckham. A memorial service will be held at 11 AM Thursday, June 11, 2020 at Mt. Tabor Baptist Church. The family will receive friends from 6-8 PM Wednesday at Mt. Tabor Baptist Church. Memorials may be made Tara Hall, PO Box 955 Georgetown, SC 29442 Online condolences may be sent to the family at www.ridgewayfh.com Ridgeway Funeral Home of Georgetown is in charge of the arrangements. (843)485-4242