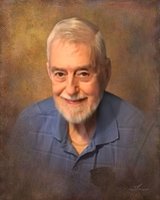 Legare Levance “Lee” Wilson, 83, husband of Sandra Dolores Bauer Wilson, passed away Monday, April 26, 2021, at Tidelands Georgetown Memorial Hospital. Born on October 20, 1937, in Canadys, he was a son of the late Henry Lawton Wilson and the late Lena Fralix Wilson. Mr. Wilson was a member of Andrews First Baptist Church and was the owner of the Sportsman Den. Spending many years in law enforcement, Mr. Wilson served on the South Carolina Highway Patrol and was the former Clemson chief of police. He was retired from Wells Fargo. Mr. Wilson had a great love for the outdoors and enjoyed hunting and fishing, especially with his son, and cowboy action shooting. Survivors include his wife of Andrews; one son, Legare Levance “Lee” Wilson, Jr. (Kimberly Billie Nass) of Greenville; two step grandchildren, Maggie Naas of Georgetown and Thelien Naas of Greenville; and a brother-in-law, Glen Bauer, Jr. (Ernestine) of Andrews. He was preceded in death by a sister, Ethel Knight; and two brothers, Harold Wilson and Everette Wilson. A graveside service will be held at 2PM Thursday, April 29, 2021 in the Andrews Memorial Cemetery. Memorials may be made to Andrews First Baptist Church, 6 N. Rosemary St. Andrews, SC 29510 Online condolences may be left at www.ridgewayfh.com Ridgeway Funeral Home of Georgetown is in charge of the arrangements. (843) 485-4242